The Obama administration protected and expanded higher education access for millions of low and moderate-income students because college continues to be the best investment people can make in their futures.

Soon after taking office, the Education Department revised the Free Application for Federal Student Aid (FAFSA) to streamline and automate burdensome technical paperwork necessary to pursue federal student aid for college. Better college-shopping tools, which allow for smarter investments in higher education, also armed students with critical, comparable data on the cost and performance of various colleges. These critical resources paired with increased investments in college aid put student supports at the center of a robust effort to improve higher education throughout the administration’s eight years.

By ending the private lending of government-backed student loans, the administration freed up substantial funding to reinvest in student aid. The Pell Grant program increased by over $50 billion from 2008 to 2016, with select tax benefits increasing by over $12 billion. The maximum Pell Grant rose by more than $1,000 to an annual grant amount of $5775. These efforts cut the cost of college by about $3,700 for more than 8 million students in 2015 and resulted in 2 million additional Pell Grants awarded to students every year after the President took office in 2008.

The creation of the American Opportunity Tax Credit supplemented a revamped higher education funding stream by providing $10,000 over four years of college. Student loan interest rates were cut and more borrowers were able to cap their loan payments through repayment plans that factor in a borrower’s financial circumstances such as income and family size. Approximately five million borrowers took advantage of a new option to cap loan payments at 10 percent of monthly income – up from 700,000 borrowers in 2011. And borrowers who committed to careers in public service were afforded loan forgiveness after 10 years through the Obama Administration’s Public Service Loan Forgiveness program.

The Obama administration’s efforts to ease college access were accompanied by high rates of enrollment at degree-granting institutions.  More students are graduating from college than ever before, with over 27 million college degrees and credentials awarded since the President took office. A million more black and Hispanic students have enrolled in college since 2008. Enrollment is projected to increase another 14 percent to 19.8 million students between 2014 and 2025. 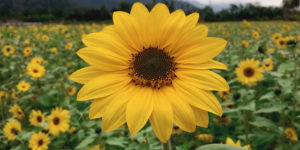